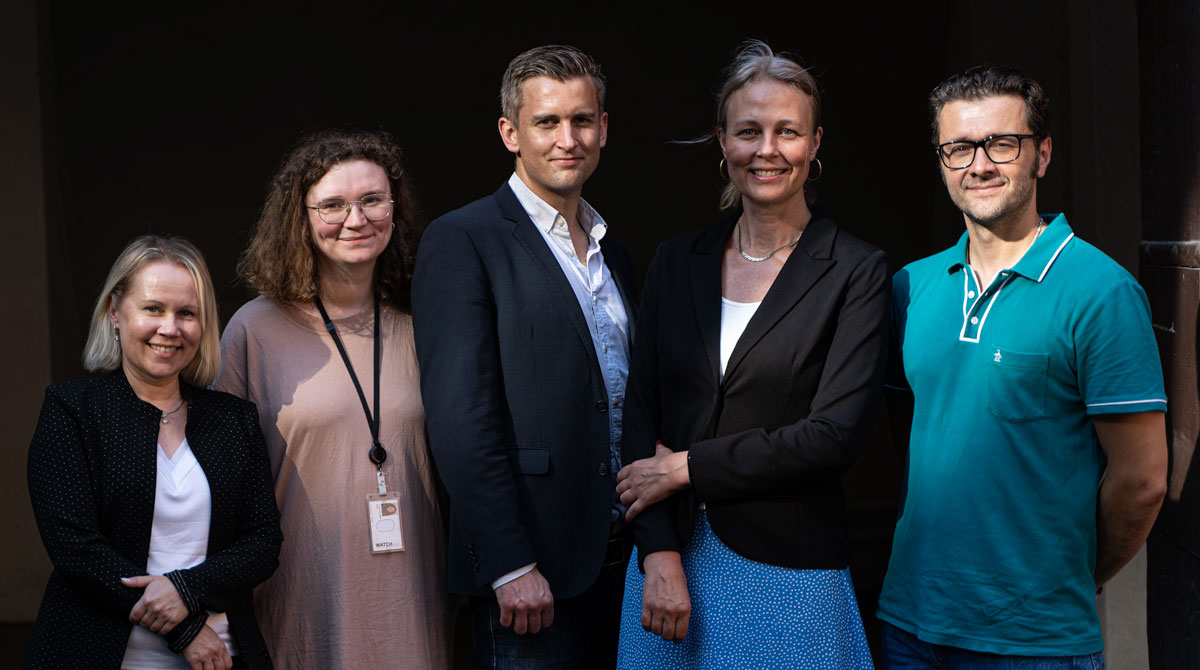 We strive to deliver high-quality, insightful and unbiased reporting. This requires editorial independence, which is why most of our content is only available to subscribers. However, signing up to our five weekly newsletters is free of charge.

Learn more about an AMWatch subscription.

Søren Rathlou Top, born 1989, graduated from the Danish School of Journalism in 2017. After an internship in 2015 at asset manager Danske Capital as part of his education, he remained at Danske until he joined AMWatch in January 2018 as a reporter. Søren became AMWatch's editor in 2019 and has since been responsible for developing AMWatch's editorial coverage.

Anne Louise Houmann graduated from the Danish School of Journalism in 2002. Her first job was with news agency Reuters in Copenhagen, where she was responsible for covering bond markets and the Danish economy. She moved to domestic daily Berlingske, where she primarily covered the pension industry. In 2007 she joined Danish business daily Børsen and worked as a financial reporter and later as news editor. In 2015, Anne shifted to asset manager Danske Capital. In January 2016, she joined WatchMedier as a journalist at FinansWatch, covering mortgage banking and asset management, while also contributing articles to AMWatch when it launched in March 2017. Since May 2020, Anne has been working full time for AMWatch.

Reeta Paakkinen has reported on Nordic institutional investments since 2004. She began her career in journalism at the Financial Times in London, covering pensions and asset management in Europe with a sharpened focus on the Nordic Region. She has also worked for Investment & Pensions Europe and the Finnish News Agency STT. Reeta holds a master's degree from London School of Economics and she joined AMWatch in November 2018.

Mirza Gazic, 38 years old, graduated with a Bachelor’s Degree in Media and Communication from Jönköping University. He also holds a diploma from the National Council for the Training of Journalists at City College Brighton & Hove in the UK. His career in journalism began with Euromoney Institutional Investor in London, where he primarily wrote about the Nordic and Dutch asset management industry. After moving home to Sweden he has worked for daily news site Realtid and pensions newsletter Pensionsnyheterna. He started at AMWatch on March 1, 2021. Born in Bosnia and Herzegovina, he grew up in Sweden but also spent eight years working in the UK.

Catherine Brett was born and raised in the UK and moved to Denmark permanently in 2016. She has a BA in English and Philosophy from the University of Leeds and an MA in Cognition and Communication from the University of Copenhagen, which she completed in 2019. Catherine started at WatchMedier as a part-time translator in September 2019 and has since become a full-time translator and copy editor working for both MedWatch and AMWatch. She has previously worked as a freelance copy editor, proofreader and English teacher.

Do you want to join AMWatch?

Feel free to reach out to Editor Søren Rathlou Top at srt@amwatch.com with an application.

If you have enquiries about the services on your invoice, please contact AMWatch: